Golden Teachers and other cultivars of Psilocybe cubensis are largely illegal substances, and we do not encourage or condone their use where it is against the law.

However, we accept that illicit drug use occurs and believe that offering responsible harm reduction information is imperative to keeping people safe.

For that reason, this document is designed to enhance the safety of those who decide to use these substances.

Known as a ‘gateway shroom’, Golden Teachers are often favored by those dipping their toes into the world of psychedelics.

With a mild high that can yield profound insights and moments of euphoria, these magic mushrooms are perceived to be less likely than other psychedelics to cause a “bad trip”.

How It Feels to Journey with Golden Teachers 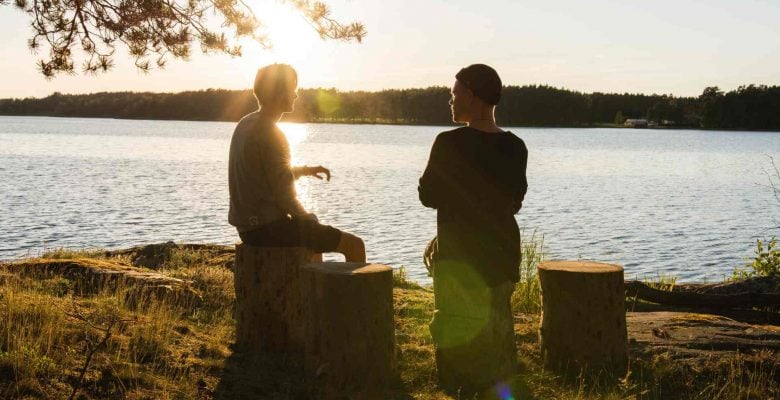 Nate Morris, peyote horticulturist, microdosing researcher, and founder of Peyote Lab, chose Golden Teacher magic mushrooms for one of his first psychedelic experiences. He shares insights from his journey below.

THE 101 ON GOLDEN TEACHERS

Golden Teachers, also known as Golden Caps, are steeped in mystery. Little is known about the origins of this psychedelic mushroom.

Anecdotal reports claim the shroom first appeared in the eighties, but there’s little conclusive evidence. With elegant caramel colored stems and caps speckled with yellow, Golden Teachers command a sense of wonder in both name and appearance.

Nate notes that there is sometimes confusion about how to identify Golden Teachers.

“The name Golden Teacher can be a little confusing, as it is often misused as a catch-all term for any mushroom from the species Psilocybe cubensis,” he reflects. “P. cubensis is one of the most widely distributed species of magic mushroom on Earth. Technically, Golden Teacher is just one specific cultivar within this species.”

Magic mushroom strains can be found scattered around the world. Specimens are often specific to where they grow, which means their traits can vary.

For example, some might produce more active psychedelic compounds, while others may be more resistant to contamination and predators.

It’s important to note that there are other psychedelic mushrooms beyond P. cubensis cultivars, such as Psilocybe cyanescens.

Mushroom cultivators and breeders can also cross different specimens so that the offspring display preferred traits.

“A cultivar, by definition, has been cultivated and is not a naturally occurring specimen,” said Nate.

“Golden Teacher is probably the most famous of these Psilocybe cubensis mushrooms. Other well-known psilocybin mushroom strains include Penis Envy, Blue Meanie, Z-Strain, Lizard King, and Albino A+.

What is clear is that the mycologist who developed Golden Teacher was better at naming cultivars than whoever came up with Penis Envy.” 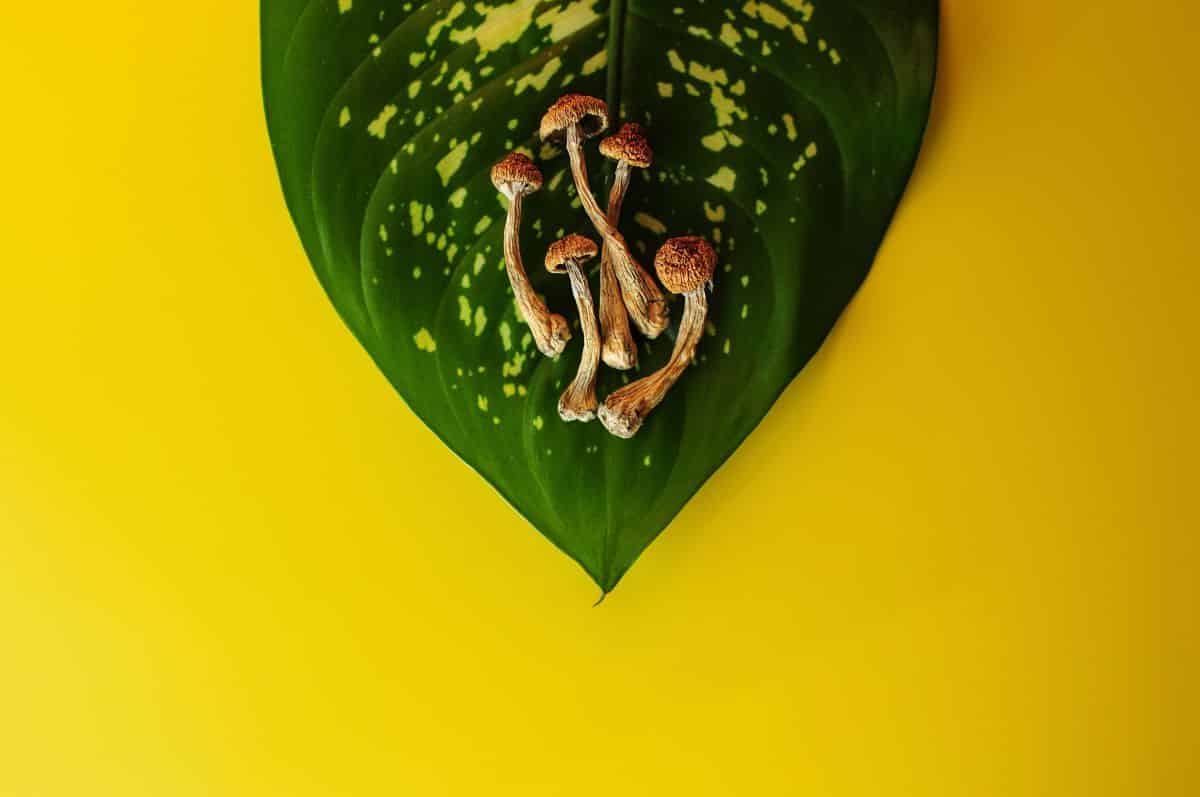 Golden Teachers are a medium-strength psilocybin mushroom. When consumed, psilocybin is converted by the body into psilocin, the main psychedelic compound in the fungus.

For those interested in journeying with Golden Teachers, an introductory dosage would be approximately two grams of dried mushrooms.

Two grams allows the user to experience the effects without feeling overpowered or out of control. A medium-sized dosage would be three or four grams, while five grams or more would likely kick off a full transcendent experience.

“The first time I tried Golden Teacher mushrooms, I was young and wanted an adventure,” reflects Nate. “In hindsight, it was helpful that I had friends with me who knew what to expect and were not afraid.

We all hung out in the woods until they started to kick in, then we went to a party.”

Nate recalls that he began to feel waves of awe as he perceived the beauty and color surrounding them.

“What captured my attention was the reflections of the glass on all the cars and windows,” he recalls. “I observed that I was not hallucinating in the sense that I was not seeing something that was not actually there.

Instead, my sober mind had been filtering out the information that was generally ignored anyway.”

Ultimately, Nate recalled that experience with Golden Teachers as contemplative but also very fun. “My friends and I had an amazing time. I laughed so much my face started to hurt,” he reflected.

Nate’s journey lasted four to six hours, which is roughly standard. Most people begin to feel the effects kick in after 45 minutes, though some can feel Golden Teachers begin to work their magic in as quickly as 20 minutes.

Be the first to review “Golden Teacher Mushrooms” Cancel reply